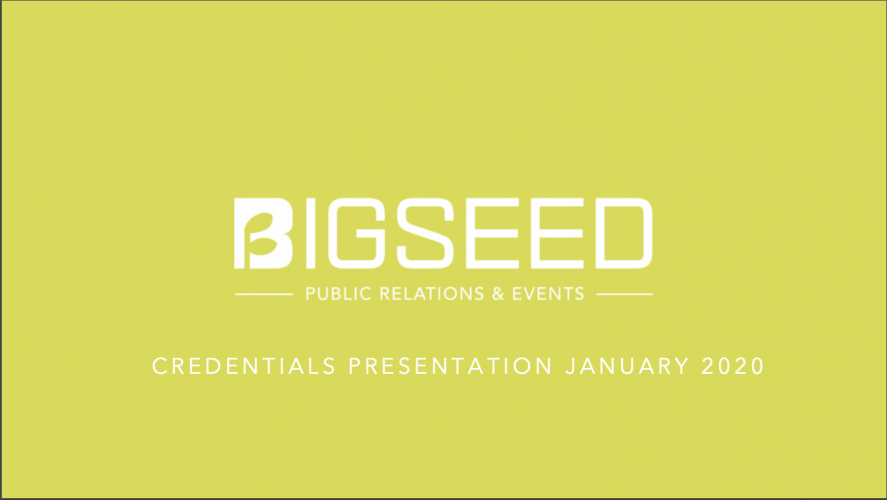 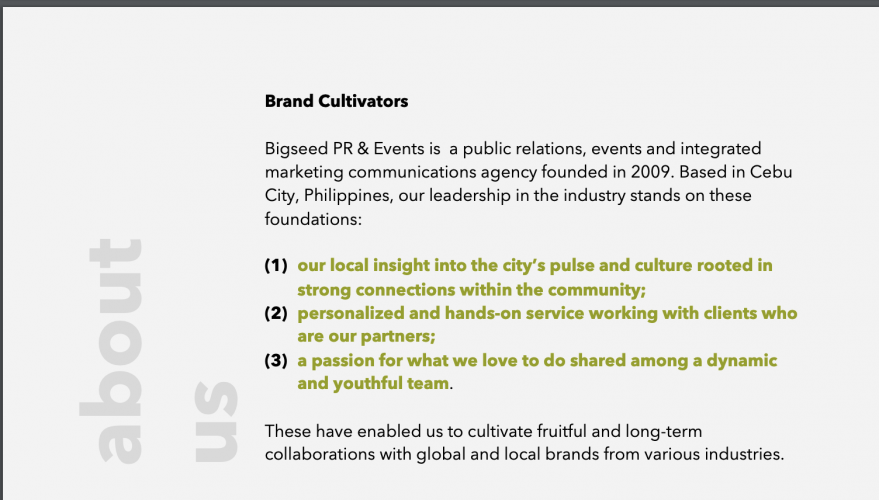 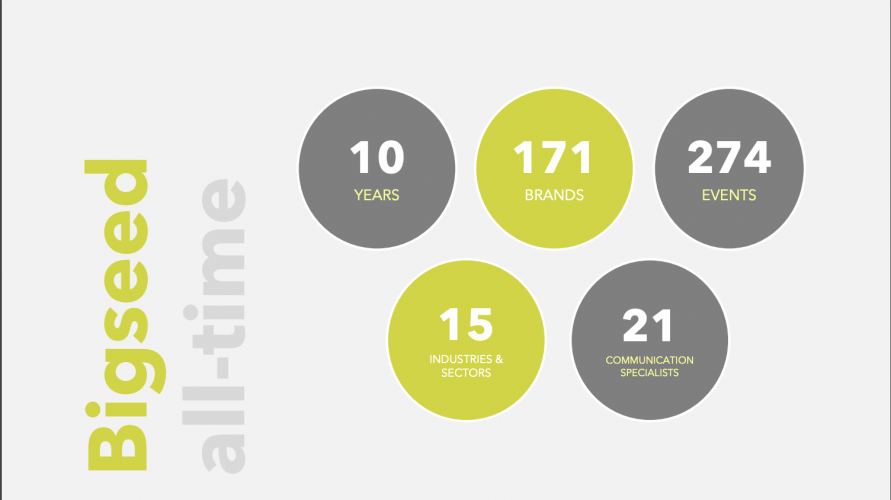 BIGSEED is a dedicated, hardworking and hands-on team of marketing professionals led by:

Georgia Felice “Jaja” Chiongbian-Rama has a 14-year experience in marketing. Seven of those years were spent as the director of marketing for Formo Restaurant and Lounge and Vudu Club in charge of events and all marketing communications functions. Prior to that she served as the Communications Executive of Shangri-La’s Mactan Resort & Spa for three and a half years and was hands on in the different aspects of marketing communications – from press relations to publicity, advertising, collaterals management and media events. She was part of the team that re-launched the hotel’s Cowrie Cove and Tides restaurants and opened the Chi Spa Village from event conceptualization to implementation and pre- and post-event publicity. In 2009, her passion for her work and keen interest to share and apply her competencies and skills set in a broader arena, led her to create BIGSEED Public Relations & Events where she sits as president and managing director.

BIGSEED services are offered on a per project or retainership basis and are divided into three categories: Media Solutions, Marketing Solutions and Event Solutions.

Since its inception in 2009, BIGSEED has established personalized partnerships and strategic collaborations with clients from different industries:

RETAIL – Malls and Others